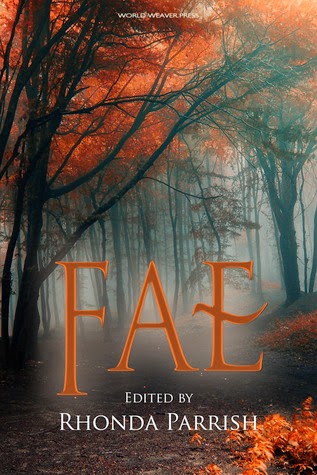 Meet Robin Goodfellow as you’ve never seen him before, watch damsels in distress rescue themselves, get
swept away with the selkies and enjoy tales of hobs, green men, pixies and phookas. One thing is for
certain, these are not your grandmother’s fairy tales. Fairies have been both mischievous and malignant
creatures throughout history. They’ve dwelt in forests, collected teeth or crafted shoes. Fae is full of
stories that honor that rich history while exploring new and interesting takes on the fair folk from castles
to computer technologies and modern midwifing, the Old World to Indianapolis. Fae covers a vast swath
of the fairy story spectrum, making the old new and exploring lush settings with beautiful prose and
complex characters. Enjoy the familiar feeling of a good old-fashioned fairy tale alongside urban fantasy
and horror with a fae twist.

Fae will be available in trade paperback and ebook via Amazon.com, Barnesandnoble.com, Kobo.com,
and other online retailers. You can also find Fae on Goodreads.

Anthologist Rhonda Parrish is driven by a desire to do All The Things. She has been the publisher and
editor-in-chief of Niteblade Magazine for over five years now (which is like 25 years in internet time) and
is the editor of the benefit anthology, Metastasis. In addition, Rhonda is a writer whose work has been
included or is forthcoming in dozens of publications including Tesseracts 17: Speculating Canada from
Coast to Coast and Imaginarium: The Best Canadian Speculative Writing. Her website, updated weekly,
is at rhondaparrish.com.


Solomon's Friend is actually my own very personal story of raising a son with Asperger's.  Kadie, the mother in the story, has all the doubts about herself that I have, and Solly, her son, shares many unique viewpoints with my own son.  Hobby, the cranky old hob who narrates much of the story, came from an often-ignored voice of my own-- a well of common sense and courage that I found within.  Instead of seeing my son as having a problem (which, let's face it, is still predominantly how society looks upon children who have any form of social or emotional "disorder") I took a new perspective, seeing him as whole and perfect in his own right, just the way Hobby sees Solly in the story.  Children with Asperger's often have high IQs and tend to think more in depth about little things most of us simply take for granted, a quality that makes them well suited for future jobs in science, engineering, medicine, and technology.  These are great qualities that offset their social rigidity and high levels of anxiety.  Other traits, like finding it easier to spy on people rather than interacting with them, and taking things perfectly literally, jive well with the kinds of personality traits we see in fairy creatures all across the literary world.  It only makes sense that fae would have a greater fascination with the world, and a greater respect for the rules of nature, than we humans do, and yet, just as a child on the spectrum would, I imagine them to find it difficult at times to identify with the rest of us oddly social humans.  Thus evolved the deep understanding between Solly and his friend, the hob.  I also think that parents of those on the spectrum carry a lot of guilt and self-blame for things that simply aren't in their control.  I created Hobby in an effort to help me correct that.  I wrote Solomon's Friend as a reminder to myself that I am making some of the right connections with my child, that I am loving him every moment of every day, and that there is still a bit of magic left in the world, especially in the curious and cautious mind of my child.  And maybe there's even a little left in me.

How to Date Dead Guys

How to Date Dead Guys by Ann Noser

Series: Under The Blood Moon

How to Date Dead Guys on Goodreads (https://www.goodreads.com/book/show/21856356-how-to-date-dead-guys?from_search=true) 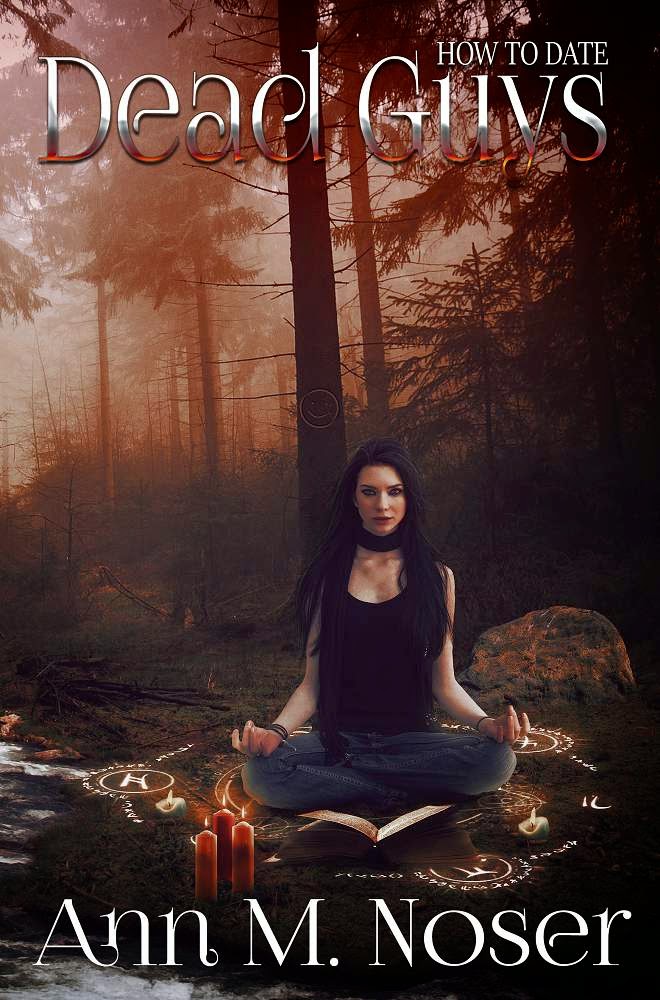 College sophomore Emma Roberts remembers her mother’s sage advice:  “don’t sleep around, don’t burp in public, and don’t tell anyone you see ghosts”.  But when charming Mike Carlson drowns in the campus river under her watch, Emma’s sheltered life shatters.

Blamed for Mike’s death and haunted by nightmares, Emma turns to witchcraft and a mysterious Book of Shadows to bring him back.  Under a Blood Moon, she lights candles, draws a pentacle on the campus bridge, and casts a spell.  The invoked river rages up against her, but she escapes its fury.  As she stumbles back to the dorm, a stranger drags himself from the water and follows her home. And he isn't the only one.

Instead of raising Mike, Emma assists the others she stole back from the dead—a pre-med student who jumped off the bridge, a desperate victim determined to solve his own murder, and a frat boy Emma can’t stand…at first.  More comfortable with the dead than the living, Emma delves deeper into the seductive Book of Shadows.  Her powers grow, but witchcraft may not be enough to protect her against the vengeful river and the killers that feed it their victims.
Inspired by the controversial Smiley Face Murders, HOW TO DATE DEAD GUYS will ignite the secret powers hidden deep within each of us.

In the book How to Date Dead Guys, Emma uses a witchcraft guide known as the Book of Shadows to raise the dead. Although I am not a witch, I spent a good deal of time researching the craft. I wanted every spell, candle, and symbol Emma used to have a real basis in the practice of witchcraft.

The Book of Shadows is a real thing.

Whether or not you believe in it is up to you…

Gerald Gardner, the "Father of Modern Wicca", began work on a scrapbook of magical instructions entitled Ye Bok of Ye Art Magical between 1945-1950. Doreen Valiente, the High Priestess of his Bricket Wood coven, helped him with revisions.

She claimed that Gardner reverted to the title Book of Shadows after discovering the term in a magazine article describing how to foretell the future based upon the length of a person's shadow.

Early on, a single copy of the Book existed for each coven, kept by the High Priest or Priestess. When a witch died, her Book of Shadows was to be destroyed to avoid detection.

Starting in the 1970s, it became much more common for solitary practitioners to each possess their own copy of the Book.

Although Gardner is credited with the idea and the original title, now the term Book of Shadows can mean several different things. Some Wiccans use it to refer to a personal journal of rituals and spells, rather than a traditional text. Those who utilize copies of Gardner's original Book may add rituals and teachings, but typically nothing is ever removed.

The term Book of Mirrors refers to a separate magic book, used to collect thoughts, feelings, and experiences.

The 1996 film The Craft referred to a special book where a witch keeps her spells and "power thoughts". Interesting trivia about the movie claims that filming was interrupted by strange happenings, including flocks of bats, altered tides, and power outages. Real witchcraft rites and language were used, since the actress Fairuza Balk (a practicing Wiccan) wanted to make the movie feel as realistic as possible.

Perhaps the most famous use of a Book of Shadows was in the television series Charmed. From 1998 to 2006, the well-dressed Halliwell sisters (Alyssa Milano, Holly Marie Combs, and Shannen Doherty/Rose McGowan) used their "Power of Three" and their 300-year-old (note the timeline discrepancy) Book to fight paranormal evil.

How to Date Dead Guys Reference

Emma first encounters a Book of Shadows when her roommate's younger sister comes to visit. That night, when the three young women perform a love spell, Emma is the most skeptical.

After her would-be boyfriend Mike drowns in the Chippewa River, Emma turns to witchcraft and the same mysterious Book of Shadows to bring Mike back. The invoked river revolts, and spits out a stranger instead. The dead guy drags himself from the water and follows her home. And he's not the only one.

To help those she raised from the dead, Emma delves deeper into the seductive Book of Shadows.

But as her powers grow, so does her dependence on the Book. Everything has a cost. Will Emma be able to pay it? 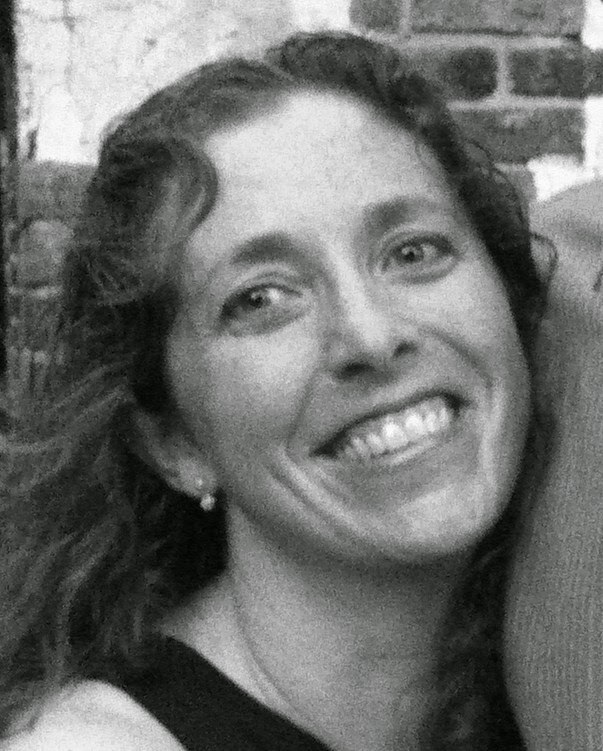 My to-do list dictates that I try to cram 48 hours of living into a day instead of the usual 24.  I’ve chosen a life filled with animals.  I train for marathons with my dog, then go to work as a small animal veterinarian, and finish the day by tripping over my pets as I attempt to convince my two unruly children that YES, it really IS time for bed.  But I can’t wait until the house is quiet to write; I have to steal moments throughout the day.  Ten minutes here, a half hour there, I live within my imagination.

Like all busy American mothers, I multi-task.  I work out plot holes during runs.  Instead of meditating, I type madly during yoga stretches.  I find inspiration in everyday things:  a beautiful smile, a heartbreaking song, or a newspaper article on a political theory.  For example, a long drive in the dark listening to an NPR program on the SMILEY FACE MURDERS theory made me ask so many questions that I wrote HOW TO DATE DEAD GUYS to answer them to my satisfaction.

I’d love to have more time to write (and run, read, and sleep), but until I find Hermione Granger’s time turner, I will juggle real life with the half-written stories in my head.  Main characters and plot lines intertwine in my cranium, and I need to let my writing weave the tales on paper so I can find out what happens next.

How To Date Dead Guys